Are you losing motivation yet? Here's your second wind.

At the end of 2015 I resolved to stop that destructive cycle in my life. I created a five-page-long 2016 New Year's resolution contract. It was serious business. It outlined specific goals, how to accomplish them and even instituted consequences for slipping up.

I tried to close up any possible loopholes in the wording of the contract, because I know myself. Come mid-March I'd be exploiting any loophole I could find.

The contract worked painfully well and 2016 was a pretty great year. But that was 2016. I didn't prepare a new contract for 2017 and my 2016 accomplishments quickly abandoned ship.

Now it's 2018 and I'm motivated to once again become a better person. If you're reading this, you're probably in the same boat. Lucky for us, the BBC recently gave us a few tips to help us actually start accomplishing our goals by the end of the year. Here's how it's done:

1. Get other people in the loop

Say hello to lovely Kristi...a banjo player, Wood-worker, and muse of mine~who will hopefully be a big part of my fashion/art site that I am wishing for in 2018! Thank you @krs_t_lieby ♥️?✨? #blueeyes #blackandwhitephotography #art #woodworking #helpfrommyfriends #doesntknowhowbeautifulsheis

Generally, it's easier to let ourselves down than it is for us to let others down. Think about it. Would you rather be disappointed in yourself, or know that you disappointed your Mother? The prospect of letting someone down is slightly intimidating, but we can use that as motivation to accomplish our goals.

For example, Susan wants to lose 25 pounds by the end of April. She tells Debra about her goal and Debra wants in. They agree to go to the gym together three times a week. Susan promises to drive them both there and back every time.

In this scenario, Susan would be more likely to stick to her plan because Debra is relying on her for a ride. Smart thinking, Susan. You'll probably be kicking yourself by week three, but it's for your own good.

2. Put your reputation on the line

Remember it's a process. It's going to take time, but you will make it as long as you don't give up.

You've probably seen some of your friends do this on their social media accounts. Publicly stating your resolutions increases your motivation to achieve them. At any point a friend might ask you about your progress. If you've made zero progress, well, that's embarrassing.

We want to be known as people who stick to their word, so if we publicly commit to losing those 25 pounds, we're more likely to do it. Holding yourself accountable to the public is a strong motivator.

"My friends wanted to get together tonight so I'll skip my workout today."

"It's Friday. Goals should start on Mondays."

"It's my third cousin's birthday today. That's a special ocassion."

Making exceptions to our meticulously constructed plans to achieve our resolutions is a slippery slope. Of course, if your elderly grandmother slips in the shower and breaks her hip, yeah, get to the hospital and forget about that meal-planning you were going to do.

Just be self-aware. It might help to enlist the help of a friend to be accountable to. If you think you've got a valid reason to skip leg day, run it by this confidant for approval.

4. Plan, plan and plan some more

Too often the term "New Year's resolution" could be substituted with the term, "our wildest dreams." Resolutions need to be realistic. That doesn't mean we shouldn't pursue our dreams, it just means that we need to break our dreams down into bite-sized, achievable steps that will lead us, over time, closer to our long-term dreams.

Let's revisit Susan's goal to lose 25 pounds by April. She needs to plan out how that's going to happen. How often will she work out? Will she change her diet? If so, how? She needs to be as specific as she can with her plans if she hopes to really drop that weight.

She can apply the previous three points we've discussed to each bite-sized segment of her resolution.

If our resolutions never come to fruition, 99.9 percent of the time it's our own fault. We procrastinate, make excuses and bury our willpower in a pile of Netflix originals.

When it comes right down to it, you know you. You are aware of your weaknesses and the obstacles that are most likely to stop you from achieving your goals. Own up to your Achilles heel and set mechanisms in place that will keep you on track when those fully expected weaknesses rear their ugly heads. 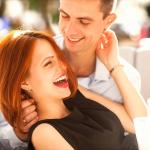