5 Things You Don’t Understand About Depression

Depression is One of the Most Common Mental Health Difficulties in America. But Despite How Common It Is, There Are Still Many Misunderstanding and Misconceptions. Here Are 5 That You Need to Know.

The recent death of Robin Williams has brought a lot of attention to depression. It's tragic that a beautiful life of laughter such as Robin Williams' could be cut short without it being the result of an accident or chronic illness like cancer.

So in an effort to help you understand and help those around you who suffer from depression, here are 5 things you probably don't understand about depression:

Depression is different from regular sadness because it is debilitating. In other words, it keeps people from being able to live the life they want to live. In fact, The World Health Organization has identified depression as the fourth leading cause of disability around the world and projects it to be the second leading cause by 2020.

In a recent study, it was discovered that approximately 10 percent of the U.S. suffers from depression. And that number is growing by 20 percent each year. That means that one out of every ten people you know has some sort of depression. And you'll likely know more and more people who have depression over time.

In fact, nobody really knows what causes depression. The National Institute of Mental Health states that, "Most likely, depression is caused by a combination of genetic, biological, environmental, and psychological factors." Because it's not specifically known what causes depression, it can be difficult to treat. It's also difficult to prevent. As a result, it can't be cured simply with medication(s) or with psychotherapy. Because there are many complex factors behind depression, sometimes the treatment is complex, too.

4. You don't just get over depression

The truth is, many people who struggle with depression struggle with it for a long time. In fact, if you have depression once, you're 50 percent more likely to have depression at least one more time in your life. Often, the treatment for depression isn't a one-time solution, either. It's often a mix of ongoing medication and psychotherapy to make sure it doesn't come back.

A lot of people think that it's only the weak or feeble who get depression. But the truth is, many great people have had depressionincluding Abraham Lincoln, Emily Dickinson, J.K. Rowling, Terry Bradshaw, Daryl Strawberry and Robin Williams just to name a few.

Most importantly, knowing these 5 misunderstandings can help you be more empathetic to those who suffer from depression. It can also help you as you try to help others who are suffering from depression. It will help them have a safe place to talk about their difficulties and give them a shoulder to lean on when they need it. And most important of all, you may be able to offer them shelter from a storm of misunderstanding. 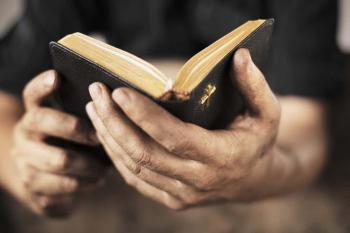 3 Answers to Everyday Problems Found in the…