These Myths You Likely Believe Harm Addicts in Their Recovery Process.

There are many misconceptions about drug addiction today that affect addicts and how people in society perceive them.

Drug addicts depicted in the movies often follow certain stereotypical behaviors that can lead some real-life users to assume they're not one. At the same time, these stereotypical notions can cause many to see drug addicts in a bad light.

But in the real world, drug addicts are everyday people — somebody's husband, daughter, cousin or friend. Here are seven common myths about drug addiction to help spread awareness about what it's like to live with addiction, and how to recover:

Myth 1: Drug addiction is a choice

It's true that people make the choice to use drugs, but addiction isn't a choice. Prolonged drug use can change your body function and even rewire your brain, making both systems feel like they depend on the drug to survive.

Once this happens, many addicts don't appear to have a choice. That's the distinction between use, misuse, and addiction.

Myth 2: Drug addiction boils down to a character flaw

Drug addiction boils down to a brain disease. Different drugs affect the brain differently, but they can impact mood, memory processes, and even motor skills.

When drug use gets to this point, it can't be attributed to a character flaw. The changes made in the brain can affect all aspects of a person's behavior in ways they can no longer control.

Myth 3: If you don't want drug treatment, it won't work

Luckily, this is a myth, because the vast majority of people who seek drug treatment don't want it.

Most individuals who seek treatment do so because a loved one encouraged them to, or because of a court order. A lot of people were either forced or pressured to seek treatment, but still could benefit from the program and take significant strides to surmount their addiction.

Myth 4: Any person can stop using drugs without treatment

Some people are under the impression that overcoming drug addiction is all about willpower. But in reality, long-term abstinence can be very difficult for an addict to maintain on their own.

The changes in a person's brain function from drug use makes them crave the drugs even more. Many are convinced they'll die without the drug. After use of certain hard drugs, death is a possible withdrawal symptom.

The fact is most people need help to succeed in quitting for good. Seeking treatment in a safe environment is an excellent way to improve your chances of success.

When you can stop you don't want to, and when you want to stop, you can't..." -Luke Davies

It's a common misconception that a drug addict will have to reach an ultimate low point in their life before they'll be able to successfully recover.

It is true that some people will need to "hit rock bottom" before seeking treatment, but the term is subjective.

Rock bottom for one person might mean losing someone they care about the most, like a spouse. For another, it could mean losing possessions and becoming homeless. For some, rock bottom means death.

Addicts can start treatment at any time, and all have the potential to see positive results.

Myth 6: If you've tried and failed at recovery before, you'll never succeed

Drug addiction is a chronic disorder. Particularly for doing hard drugs, former addicts can have sudden cravings years after quitting.

People relapse, but that doesn't mean they've failed. Factors such as psychological stress, family issues, or your environment can be strong influencers to start using again.

Drug addicts are most vulnerable during the first few months after release from treatment. But it's always possible to get back on the wagon and try again. Each relapse is a learning experience that can help an addict understand the places and behaviors that are worse for their health.

Myth 7: There's only one way to recover from drug addiction

Treatment facilities often offer very structured addiction recovery programs, which have led some to think that there is only one way to succeed at recovery.

In reality, these structured programs are very personalized, using individual therapy, group therapy, medical treatment, sports and other positive activities to create treatment programs that work best for each individual.

The fact is there is no set way to recover. Each person's psychology and addiction is unique to them and needs personalized attention to overcome.

Be aware of the common misconceptions about addiction, and how they affect an addict and the people around them. 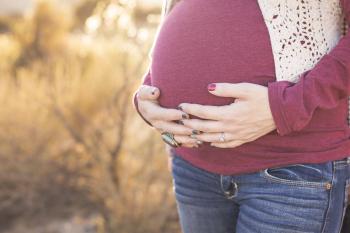 Quiz: We Can Guess When You'll Get Pregnant