7 Ways Teens Suffer When They Don’t Get Enough Sleep

It's Important That Your Teen Starts Each Day Well Rested.

In general, sleep is important. It is a basic no brainer. However, our society has crippled itself into adopting a constant on-the-go attitude. In many ways, we are conditioned early on into believing that exhaustion is appropriately linked to productivity.

According to the Sleep Association, “50-70 million U.S. adults have a sleep disorder.” The CDC recommends that adults need seven or more hours of sleep each night for optimal health and well-being. Short sleep is defined as a duration of less than seven hours of sleep per 24-hour period.

In many cases, teens emulate their parent’s actions. If a parent’s sleep behavior is broken, their child will most likely adopt the same routine and deem it acceptable. Healthy adults appreciate good sleep and know firsthand how it can affect productivity and their overall mood; therefore, adults have a good idea of how teens can suffer if they are not getting enough sleep.

Here are the seven ways you may not know sleep deprivation can harm your teenager:

Teens that stay up late are more likely to consume unhealthy foods because they feel the urge to snack at late hours of the night. Most late-night snacking is linked to TV and social media. Moreover, most teens are involved in extracurricular activities and have heavy academic requirements, which create long days. If your teen isn’t eating dinner until the later evening hours, the food doesn’t have enough time to properly be digested. Late-night eating can lead to serious digestive issues. When sleeping, the body’s digestion naturally slows down because the metabolism process enters a resting state. So, the calories are not being burned off. Also, lying down in bed can cause indigestion, acid reflux, and heartburn – all these conditions can create sleeping issues.

When an individual sleeps, the immune system releases proteins called cytokines. This protein promotes sleep, and when you’re sick, your body needs an increased amount. Sleep deprivation can decrease the production of cytokines; thus, causing a weakened immune system that is unable to fight off germs.

Not having the proper amount of sleep can skew a teen’s ability to learn, listen, concentrate, and problem solve. Teens may struggle with paying attention in class, completing assignments, or forgetting homework altogether. Studies prove that sleep stimulates the neurons in the brain that are responsible for storing information in memory.

Anyone not getting the recommended amount of sleep is prone to easily being frustrated and irritated. Being sleep deprived can create biochemical effects that change a teen’s mood and cause concentration issues. A lack of sleep will cause your teen to be impatient, anxious, and at many times annoyed for no valid reason.

The National Sleep Foundation Study has found that at least 100,000 traffic accidents each year are linked to drowsiness and/or fatigue. Parents must be proactive and educate their teens that driving in a sleep-deprived state is driving impaired and is extremely dangerous. Oftentimes, society only associates impaired driving with drugs and/or alcohol; however, that is not a true statement.

In the Journal of Youth and Adolescence, a study found that each hour of lost sleep is associated with a 38 percent increased risk of feeling sad or hopeless and a 58 percent increase in suicide attempts. A big component of any individual’s mental health is associated with the sleep they are getting. If a teen is not getting enough sleep, they are more likely to view their environment with an unclear lens. Things that seem unfair or wrong are most likely associated with sleep deprivation. When anyone doesn’t get enough sleep, their overall judgment is heavily altered. Teens are no different.

With all this in mind, it is equally important to recognize the reasoning behind your teen’s sleepless nights. There are a variety of possible reasons. So, before you get anxious and overly concerned, check out the causes and see if you can create a plan to help.

Puberty – Yes, puberty is the root of a lot of issues. There is science that proves a biological shift in an adolescent’s internal clock by approximately two hours. This rationale coincides with the notion of granting your teen a later bedtime because their body can handle it. However, this does mean that they may need to sleep in longer – to make up for the later bedtime. Eventually, their bodies will shift again and work itself out. In the meantime, be diligent and encourage your teen to take naps whenever possible.

Early school times – Your child’s wake up time sets the precedence for the rest of the day. If your teen isn’t going to bed at a respectful time, they’ll wake up early and be grumpy. If bedtime is a long process, consider having your teen begin their bedtime routine earlier and help them carve out the time to sleep.

Obligations – Is your teen taking on too much with work, extracurricular activities, and technology? These are elements that should be regulated and addressed. Talk to your teen and try to find a balance with everything. While everything listed isn’t necessarily negative, the amount of usage can be.

Use your best judgment and always be willing to discuss your concerns with your teen. Even though you are the parent, your teen is old enough to have an opinion and truly understand the repercussions of not getting enough sleep. 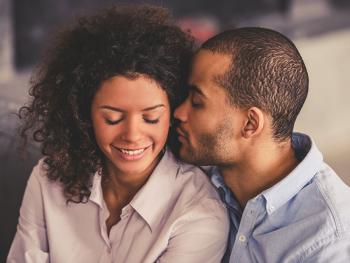