70 percent of pregnancies happen in the same three days of a woman’s cycle: here’s how to find out when yours are

It's definitely a good idea to know when your three days are.

Your menstrual cycle certainly makes itself known. Once a month you're dealing with Mother Nature's gift, but other than your shedding uterine lining, are you really aware of what else is going on down there? Believe it or not, your reproductive system doesn't lie dormant for the rest of the month after your period ends. Your body is working full-time to prepare for the miracle of life.

Here's what's up: besides your period, there are three other stages of your cycle your body goes through to prepare for a potential baby. Your period is part of the follicular phase, when the uterus develops a new lining and your ovaries prepare to release an egg. At the end of the follicular phase is ovulation, when the egg is released into the fallopian tubes. After ovulation is the luteal phase, when the uterine lining matures and prepares for a possible pregnancy.

But, every woman's cycle is different, so how do you determine when you are at your most fertile? Well, your body can give you hints, you just need to know how to recognize them. Here are three signs you are in your fertile window, the only six days of your cycle when there is any chance of getting pregnant:

1. High levels of LH in urine

Before you ovulate, your estrogen levels rise. This stimulates the release of luteinizing hormone (LH) - the hormone that tells your ovaries it's time to ovulate - by your pituitary gland. In turn, the luteinizing hormone stimulates ovulation. This means that a rise in LH levels indicates ovulation.
The easiest way to determine your LH levels is through a urine test. If the test is positive, indicating a surge in your LH levels, it means ovulation will likely occur within the next 12-24 hours.

After ovulation, your ovaries prepare your uterus for implantation by secreting a hormone called progesterone. This process causes your basal body temperature (BBT) - or your body's early morning body temperature - to rise.

It's important to understand that once you see a rise in BBT, your fertile window is already over and it's too late to conceive that month. But by observing your BBT pattern, women with very regular cycles can predict when they are most likely to be fertile the following month.

To get an accurate reading, use a special BBT thermometer and take your temperature at the same time and in the same way every morning. For many women, it's easier to use an Ava bracelet because it can measure your temperature even when you're sleeping.

Your estrogen levels surge near ovulation,the quality of your vaginal discharge to change. As you get closer to ovulation, the water content of your mucus rises. It should look clear and feel slippery, and you should be able to stretch it apart between your fingers without it breaking. This fertile cervical mucus looks almost exactly like raw egg white.

At this point, your mucus should be clear and syrupy, much like egg-whites. Usually, the last day egg-white cervical mucus appears is the day of ovulation.
You can look at the mucus in your underwear, touch the opening of your vagina or use toilet paper to see what your mucus is like. 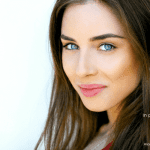