According to the Nhtsa There Are More Than 2 Million Automobile Accidents Every Year. Many Take These Grim Statistics into Consideration When They Purchase a Car, Not Realizing That the Biggest Dangers May Be Lurking Inside the Car.

According to the National Highway Transportation Safety Administration (NHTSA) there are more than two million automobile accidents every year. The death rate alone is usually around 30,000. Many take these grim statistics into consideration when they purchase a car, not realizing that the biggest dangers may be lurking inside the car.

"Occupants shouldn't think they're safe from injury when you hear that click," says Dr. Jeffrey States, a motor-vehicle accident specialist practicing in Utah. He says that unless the shoulder belt is positioned across the sternum (breastbone) and not high on the neck, and the lap belt is snug across the hip bones, the risk of serious injury increases. Since shoulder belt height can be adjusted in many cars, it's wise to make sure it's checked each time occupants get into a car.

Pregnant women pose a significant risk for improper seatbelt position. The lap belt must be in place and snug beneath the belly, low on the hips. No other position, no matter how comfortable, is acceptable.

"And never," warns Dr. States, "forego wearing a seatbelt, even if it's for a trip around the corner. Most accidents happen within a few miles of home anyway."

According to Safekids USA, all children under 12 should stay in the back seat. Car seats work best with belts that lock when pulled to their fullest capacity and then released.

Infant seats should be rear-facing with the harness securing them snugly. New guidelines from the American Academy of Pediatrics suggest rear-facing seats are appropriate up to at least age 2.

Children weighing less than 80 pounds and/or under 4'9 should still be in a booster. Their size does not allow the car's seatbelt to properly fit them.

Danger #3: Relying too much on air bags

Air bags deploy in less than a second at an approximate speed of 200mph. The NHTSA suggests that while tens of thousands of lives are saved each year due to air bags, there are still hundreds of deaths and injuries caused by air bag deployment, some when no accident or only a minor fender-bender had occurred.

DMV.org gives the following tips: 1) Position the seat as far back as is comfortable and safe to drive. 2) Tilt the steering wheel down away from the face and never place anything on or near the passenger's side air bag that could be propelled toward occupants. In review, children are never to be near air bags in the front seat.

Danger #4: Thinking the head restraint is a head rest

Head restraints are the most ignored safety feature in your car. According to Dr. States, a head restraint should be positioned so that it's no less than two inches higher than the top of the head and then locked into place. Otherwise, it can act as a fulcrum, causing an occupant's head to "ramp" up over it and then fling backward. Then, like a swimmer's springboard, the seat is now loaded and whips the occupant forward. (Hence the term "whiplash.") At its optimum height, the head restraint can prevent some of that motion.

Cars are used not just for transporting people, but for any category and quantity of flotsam and jetsam that owners see fit. If a car goes careening off the road going 60 mph and flips two or three times before it comes to a stop, for a few seconds that vehicle became the equivalent of a high-powered blender with whatever debris was left in the car. All loose items with sharp corners and hard surfaces, like books and tools, should be stored away in the trunk or in battened-down storage containers.

Kim Grant has three novels published through Covenant Communications. She has also contributed to a variety of family-oriented magazines.
nextarticle 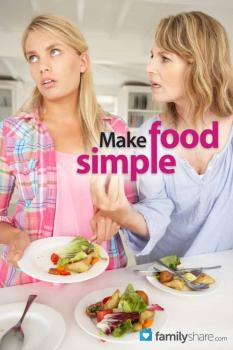 How to Get Picky Eaters to Try New…