How to Host a Successful White Elephant Party

The White Elephant Was a Valuable But Useless Gift in the Kingdom of Siam. a White Elephant Party Involves a Hilarious Evening of Choosing a Mystery Wrapped Gift or Stealing an Unwrapped One From One of the Other Guests.

Imagine a woman poised, sweat beading on her brow, waiting for the moment to choose a wrapped mystery present from under the tree or - clutching her gift - wondering if and when someone will take her precious away and deny possession to that onerous white elephant gift.

Many people believe the term white elephant to have come from Siam, referring to a rare albino elephant that only the emperor could own. If someone were unlucky enough to incur his displeasure the emperor would bestow a gift of this white elephant. (Not to be confused with a gift from the white elephant. A smelly reward indeed.) Because of the elephant's sacred nature the new owner would not be allowed to use it for work, thus quickly become ruined financially due to the upkeep of such an animal.

Hence, when we refer to white elephant gifts we are historically talking about gifts that are essentially useless in nature. These gifts do not have to be expensive. Many white elephant parties thrive on less costly but unusual gifts: a gift you received but don't want anymore, something very unusual or totally off the wall, strange clothing items (think of Ralphie and his pink bunny pajamas from A Christmas Story), or a themed gift, such as holiday ornaments.

Some people are not normally fans of the white elephant party. It's not the gifts that annoy, but rather the blatant thievery and ensuing stress that follow. Once a gift is opened and claimed it is difficult to not fall in love. (Some people just imprint easily.) Then there is the anxious waiting through the remaining time left, a forced smile pasted on the lips waiting and wondering if the woman you are seated next to - one with whom other guests have gone to church, volunteered with, had lunch with or worked with - will be the one that throws all sensible notions of propriety and etiquette out the window, ripping from the arms a newfound precious, thus turning a mild-mannered writer into a sniveling, one-haired, squinty-eyed mess that rivals Gollum in Lord of the Rings.

Setting personal emotions aside there is a way to have a successful white elephant party. Following are some basic rules for hosting your own:

1. Every participant is to bring a gift with a set monetary price ($5 is good for a youth group) or theme (Pirates, by the Sea, or Things we are allergic to - just some examples ...) Try wrapping the gift extravagantly so others can't guess what it is.

2. Every participant draws a piece of paper with a number on it.

3. The guest with number one chooses a gift and opens it.

4. Everyone ooos and ahhhs.

5.The guest with number two has the option of stealing the opened gift from guest number one or choosing another unwrapped gift. Hint: chanting "Steal! Steal! Steal!" helps to get the spirit of any gift-giving celebration under way. Clarify that hair pulling of fellow guests should be avoided.

6. The game continues in similar fashion with the remaining guests choosing theft or unwrapping a mystery present.

A gift may be stolen only a pre-determined number of times depending on the whim or dark humor of the host. One time is politically correct, thrice is just plain gut wrenching. If a gift is stolen from a guest that victim - I mean participant - then has the choice of stealing a gift from another guest or opening a wrapped one. (Yes, this madness is considered fun in many seemingly well-cultured circles.)

The party continues until everyone has opened a gift, all gifts are safe from theft, and hairpieces have been discreetly put back into place. People shake hands and guests return home after being codified by their hostess (Oh! That gift is soooo you! Good choice!)

This is a great game for an office party, church group, family reunion, or a group of therapists with too much time on their hands. An even greater ending to this game is to secretly return a thief-begotten gift to its originally imprinted owner. (Smiles abound.) But whatever the occasion or theme be sure to enjoy your guests and let them know that they are more than a white elephant to you. 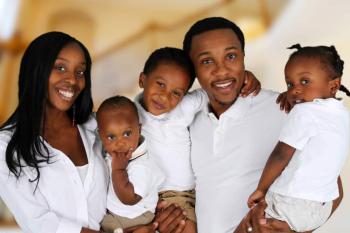 Life Insurance is a Must: Consider These Tips…