How to Interact With Those Who Are Grieving

How to Act and What to Say to Someone Who Has Lost a Loved One.

I remember standing on the sidewalk next to a local shaved ice business, when I noticed someone approaching who had recently lost her father. I immediately panicked. A battle erupted inside my head. Do I say something, or do I avoid the topic? If I bring up tender feelings, will it ruin her day? I had very little experience with death at that point in my life, and didn't have a clue what would be comforting to hear at such a trying time.

Little did I know a few years later I would bury my only child. I never expected to become surrounded by people fighting the same battle I had previously experienced - people wondering how to interact with me. Now, nearly three years after losing my daughter Preslee, I've learned how to better interact with those who are grieving.

I always appreciate those who acknowledge the death of my daughter Preslee. Just following her funeral, I hated running into people I hadn't seen since before the funeral. I would usually panic, wondering if they knew about the accident. During many conversations, I prayed I wouldn't be asked how my daughter was, or how old she was. The last thing I wanted to do was break the news to them, which often led to an awkward conversation. It is always a relief when someone immediately acknowledges the death of my daughter.

To this day I love when anyone mentions Preslee's name. I raised my daughter for 18 months. She was taken too quickly, but she is still a big part of my life. I've noticed many people avoid using her name, and it hurts. Sometimes it comes across as if they want to act as if she never existed. Now, years later, I can't help but grin when someone uses Preslee's name in a conversation.

Let them know you care

I never expected someone to say anything to help lessen the pain I was feeling, rather, just being told they were thinking of us was more than enough. Even though I appreciated talking to people, there were many times I was more grateful to receive cards, letters, or packages in the mail. Text messages letting me know I was in their thoughts and prayers meant the world to me, and good friends often left things on the doorstep. I appreciated these acts of kindness because it allowed me to take it on at my own pace. Sometimes I waited a couple of days to read the cards when I felt strong enough to take on the tears. When people shared their feelings, it helped my husband and I remember we weren't alone in our grief.

Even though Preslee is gone, she is still my child, and there are times I long to talk about her. I hated those moments when I mentioned her name, and people's eyes immediately darted to the ground, and their body language shifted letting me know I was making them uncomfortable. To this day, I'm incredibly appreciative when people welcome my stories, or listen while I explain how I feel. Those who are willing to listen continue to help me move forward within my grief.

Everyone will eventually know someone who experiences loss. Do you know how you'll react? My hope is you can learn from my experience and let the grieving individual know you care.

Ashley currently lives in Idaho and is a stay at home mom. She blogs at Sullengers.com  Twitter handle: Ajsullenger
nextarticle 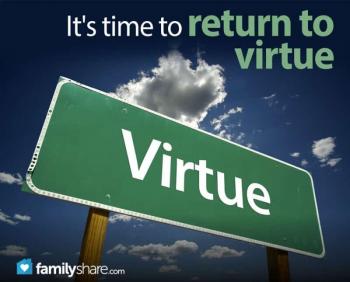 It's Time to Return to Virtue