One Word That Can Change Your Life

The Single Word - and the Philosophy That Goes Along With It - Will Change the Way You Look at Each Day.

When I was in college, I worked night shift for two summers at a Toyota plant in Georgetown, KY. I didn't enjoy the Vampire schedule of sleeping during the day and staying up all night, but I was making more than double the minimum wage, so for a college kid, I felt like I'd hit the jackpot! As valuable as that paycheck was to me, the most valuable asset I took away from that experience wasn't the money, but a single word and the philosophy around it. The Japanese production system used at Toyota and countless companies around the world, is based on the principle of "Kaizen" which is a Japanese word simply meaning "to improve continuously."

I was pulled into a culture where even though profits were already high and the operation was already running smoothly, nobody was content to rest on past successes. There was a constant and continuous movement towards improvement which impacted every aspect of the company and every individual within it. Finding ways to shave even a fraction of a second off of the assembly process could mean the difference of millions of dollars over the period of a few years. Every improvement, big or small, was implemented and celebrated.

"Kaizen" shouldn't be used just to build better cars; it should be leveraged to build better lives! Even the tiniest of positive changes, implemented consistently over time, have the power to produce a completely new reality. I want you to imagine how your life would look if each day, you found a way to make your life a little better than it was the day before. Imagine the compounding interest you'd accrue in personal development over the years. Your life, your relationships, your health, your finances, your faith and everything else that matters would be taken to a new level of vibrancy and health. It's possible and it's completely within your power to make it a reality. Many believe that the Japanese invented this philosophy of continuous improvement, but as a Christian, I give that credit to God. I believe everything the Bible teaches points to this principle that we should be continuously growing in all aspects of life and faith all of our lives just like a mighty tree...

"They are like trees planted along the riverbank, bearing fruit each season. Their leaves never wither, and they prosper in all they do." Psalm 1:3

Your next step is to simply take a first step. Don't talk yourself out of trying something new and don't allow the "Paralysis of Analysis" keep you on the sidelines. Map out the most important areas in your life and identify one way that you can immediately implement a positive change. Over time, those small changes will create huge benefits!

Dave Willis is a husband and a father of four sons ranging in age from preschool to high school. He’s also a prolific writer, speaker and podcaster whose popular relationship blogs have reached more than one hundred million readers worldwide. The article below is a modified excerpt from his new book, Raising Boys Who Respect Girls.
nextarticle 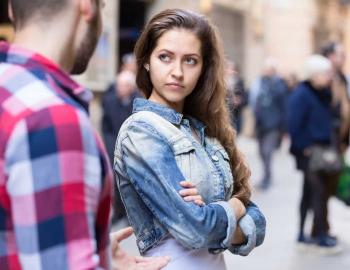 One of the Most Dangerous Mistakes in Marriage