Pete Davidson in Trauma Therapy After Harassment From Kanye West

A source close to comedian Pete Davidson recently revealed that Davidson has been in trauma therapy due to harassment he received from Kim Kardashian’s ex-husband, Kanye West. “The attention and negativity coming from Kanye and his antics is a trigger for [Pete], and he’s had to seek out help,” the source reported. Kardashian and West were married in 2014 but after a series of strange antics from West, including a presidential run and admitted infidelity on his part, Kardashian filed for divorce in February 2021 and was declared legally single in March 2022.

Davidson and Kardashian began dating October 2021 after the couple met on the set of “Saturday Night Live.” The couple’s relationship made quite the splash, with Davidson making headlines for getting Kim’s children’s initials tattooed on his neck. Kanye West began harassing Davidson online soon after the relationship was confirmed. He issued a series of online attacks against the couple. He later apologized for the posts and took them down after Kardashian reportedly asked him to stop the harassment. The truce, however, was short-lived. A few months later, a video for the rapper’s song “Easy” displayed West kidnapping and burying a cartoon version of Davidson.

Despite Kardashian and Davidson splitting in August after nine months of dating, West has continued his attacks. Soon after the news of their break-up, West posted an altered New York Times headline reading “Skete Davidson Dead at Age 28.” It also included the tagline, “Kid Cudi meant to play funeral but fearful of bottle thrower.” West and rapper Kid Cudi have had an open feud against each other, and West’s post was in reference to bottles being thrown at him during a festival. In another deleted Instagram post, West told his followers to “ask Pete [Davidson] how those tattoos of my kids doing in the trauma unit.” With his constant tweeting and harassment, many people have wondered if Davidson is not the only one needing therapy.

West has had a series of public meltdowns, with Kardashian attributing some of his irrational behavior to bipolar disorder. In 2009, before his diagnosis was announced, the rapper famously interrupted Taylor Swift’s acceptance speech at the 2009 VMA’s, stating that Beyoncé deserved to win for best video. His erratic behavior has continued with online posts, including accusing his ex-mother-in-law, Kris Jenner, of being a white supremacist. In a more recent post, West also revealed he is addicted to pornography and that it had destroyed his marriage. The rapper did strike a more reconciliatory tone on Friday after news of Queen Elizabeth II’s death. Along with two throwback pictures of the Queen, West wrote, “Life is precious. Releasing all grudges today. Leaning into the light.”

With Davidson’s and Kardashian’s relationship over, sources say he wishes to focus on his career. The brand-new trailer for his new film, “Meet Cute,” was just released, with Davidson playing opposite Kaley Cuoco. The film will premiere in the US September 21 on the Peacock streaming service. 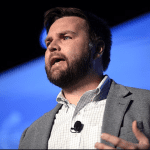