They Expected to Lose Everything in the Fire, But an Unlikely Hero Stepped In

There is Always Hope For a Miracle.

With the fires burning in California, we are hearing of many people losing everything. When Roland Hendel and his daughter drove away from their house, that is exactly what they were expecting. They could barely process what was happening to them. According to CBCRadio, the Hendels could hear metal twisting as they drove away and everything burned around them.

Hendel barely got his daughter to safety, and as he was trying to grasp what just happened, he realized he had left their dog Odin behind with their goats. He was devastated.

The next day they made their way back through roadblocks to see if they could find their animals.

The Hendels arrived at their house only to find that everything had been destroyed. As they walked around their property, to their great surprise, they found Odin with all eight goats.

Making it to safety

Hendel believes their dog herded the goats to a high clearing of rocks. Odin's fur coat was slightly singed, his paws had been burned and he was exhausted, but other than that, the dog and goats were unharmed.

They are currently saving money to rebuild the barn and water supply for their animals.

How to treat a burn

Fires are devastating, but there is always hope for a miracle. Just as Odin was an unexpected hero, you never know who your hero might be. A hero often does something they have learned before. Familiarizing yourself with how to take care of a burn can make you a hero in someone else's life.

According to WebMD, you should call 911 immediately if the burned area is charred or white, came from an electric shock or chemicals, is on the face, hands, feet, genitals or a joint or covers 10 percent or more of the body.

Soak the wound in cool water (not cold, no ice), and leave in the water for at least 15 minutes.

Do not pop any blisters, or put any ointment on it (but you can apply antibiotic ointment to a mild burn). Cover with a nonstick gauze or clean cloth.

When I hear about fires, all I can think of is what I would do if I was in that situation. Hopefully, these steps will help you be able to stay calm in a scary situation and be someone else's hero. 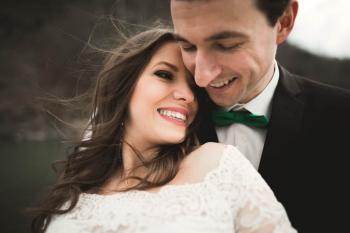 15 Secrets That Will Make Your Marriage Last…