How to Overcome Crippling Social Anxiety

Everyone can feel a little shy sometimes. This can happen because of unfamiliar surroundings, you’re feeling uncomfortable, or lacking confidence in a particular situation. For most of us this feeling of shyness is something we cope with and get past. For others, however, being shy is crippling and can have some extremely negative effects.

Not everything that is considered “shyness” actually meets the definition, however. Being nervous to ask someone on a date, for instance, is normal and very different from wanting to ask and feeling there’s no way you ever could. And not wanting to go to a party because you prefer your own company is actually a trait of an introvert, which isn’t the same as being a shy person who wants to go to a party but is too afraid to do so.

True shyness incorporates a level of anxiety and fear that can feel impossible to overcome for some people. In the most extreme cases, shyness may actually be classified as social phobia, and can even result in a condition referred to as Selective Mutism which is when a person finds themselves physically unable to speak when around unfamiliar people.

Why People Are Shy

Shyness can affect people of all ages. We see it in small children when they refuse to talk or look at anyone other than their parents, teens when they hang back from others and refuse to join activities, and adults who are often looked upon as “loners.” Although unproven as of yet, research has suggested that shyness may have a genetic component related to the development of a portion of the brain and resulting personal temperament. While that is still being looked into, one thing is clear – trauma during childhood, bullying, and especially emotional abuse can all cause a person to suffer from a level of self-doubt that can result in shyness.

Most people who are extremely shy are also very insecure, worried about what others think, and petrified by the idea that they will be rejected. They usually assume they will never be good enough, smart enough, or attractive enough to measure up to those around them. These are feelings that typically originate from experiences during childhood and were internalized and never resolved.

As a person ages, shyness will generally persist unless there is an intervention, although it may change in it’s appearance. Adults can learn to overcome the classic traits of being outwardly shy in order to get along in the world. Those who do so are often referred to as being privately shy. Even though they seem to do well socially, inside they suffer from self-doubt, anxiety, and negative thoughts.

Individuals who remain publicly shy will likely combat loneliness and isolation if they don’t get help in overcoming the internal manifestations of their shyness.

Shyness rarely produces positive effects. Because shyness impedes social interaction it also impedes the development of close and meaningful relationships. Young adults are less likely to date and engage in experiences that can help build social confidence and connections. Missing these important benchmarks and developmental experiences can result in problems with healthy romantic experiences and intimacy as they age. It may also mean they will miss out on opportunities and experiences that can bring personal or even career satisfaction.

It’s not uncommon for people who feel crippled by shyness to also experience depression and loneliness throughout their lives. This may even lead to such a desperation to change how they feel that they resort to substance abuse to help them get over their feelings. The idea that alcohol or drugs may reduce inhibitions and boost confidence can be hard to resist for a person who wants to fit in, meet people, and make friends. Unfortunately, this isn’t a good option. Not only is it dangerous from a health perspective, but it’s also not a permanent solution. Alcohol or drug use in order to overcome shyness will only result in a reliance on something that will long-term cause more harm than good and still not fix the problem.

What You Can Do When You’re Painfully Shy

So, what can a shy person do to get over their shyness? Well, if the shyness is a result of emotional abuse or social trauma, the primary thing will be to confront those resulting feelings and beliefs and learn how to resolve them. This may not be an easy process and will likely require the assistance of a qualified counselor.

As you are doing this, however, there are a few things that you can do to help things along.

There is no doubt shyness can make life very difficult. And it’s far more common than you may believe. Many public figures actually consider themselves painfully shy and suffer personally due to it. It’s important to remember you don’t have to accept shyness as just who you are. While the feeling may never completely dissipate, with time, help, and personal effort, it can be overcome. 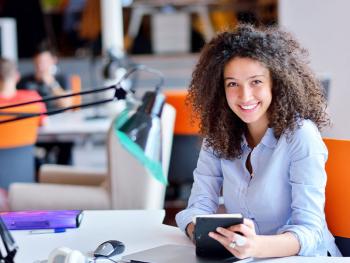