Why Reality Tv is the Worst Kind of Tv

When You're Surfing the Channels Looking For Something to Watch, It's in Your Best Interest to Surf Right Past Most Reality Tv. Read on to Find Out Why.

I remember watching the first season of Survivor in 2000. It was a new kind of television and seemed exciting. Television reviewers wondered if it would catch on. Little did they know how big reality TV would become. Fourteen years later, there are countless reality shows and entire networks devoted to the genre. It's too bad, really, because most of reality TV ignores the original mission of television: to entertain, to educate and to inform. It's time to be very choosy about the reality TV we watch. Here's why.

Most reality TV shows are filmed over a certain period of time and are often staged. While actors and actresses ad lib many lines, some are prompted by producers in order to create the most drama and intrigue. Many of the vacations and excursions taken act as advertisements for the places seen on the shows, and competitions are manipulated by producers and networks to achieve maximum ratings. What you are watching is rarely "real." Thus, your feelings that "your life isn't as good as theirs" aren't as valid either.

Most reality TV shows are off limits in my home. I can't justify spending my time and money to watch people get paid to act ridiculous in public, fight with other people in front of the camera, take unnecessary risks with their lives and do whatever they want - the snarkier, the better. What does this teach young people? Nothing good, unless they realize they want nothing to do with the party lifestyles glorified in reality TV.

It shows unwise and unsafe things

When reality TV shows come with warnings not to try the behavior shown in them, it's time to change the channel. Studies have shown that children who watch unsafe behavior on TV are more likely to mimic it. A public health bulletin from the University of Michigan Health System cites several studies on the effects of television violence on children. It noted that, out of thousands completed, only 18 studies concluded that TV violence was not detrimental to children.

Reality TV shows portray excessive partying, promiscuous behavior, destruction of property and crazy stunts. Kids who watch these shows may put themselves in danger by participating in these behaviors.

It is not enriching

I was at the gym once when an MTV reality show was on. After a few minutes, I had to ask the front desk to change the station. The show was full of swearing, nudity, and people yelling and fighting with each other. I couldn't stand another minute. Like many people, I watch television to relax and escape the stress of life. However, to be a positive part of life, television should also be enriching. Many reality TV shows have no redeeming value.

It's not true entertainment

Some reality TV stars are made fun of by their "fans" on a regular basis, and shows portray the misfortunes and struggles of their stars as relationships disintegrate and families are torn apart. This is not entertaining. Watching young people get drunk and party is not entertaining. Viewing grown women attending social events and fighting with each other is not entertaining. Everyone has his own standard for entertainment, but much of reality TV is simply voyeurism.

Thankfully, there are a few exceptions. Some reality TV families have chosen to use their shows as a platform for promoting family values and a positive view of family life. Many people have learned how to do home improvement projects and cook wonderful meals from DIY shows. Several shows can be viewed with the whole family. Just like you choose any form of entertainment, choose your reality TV wisely. 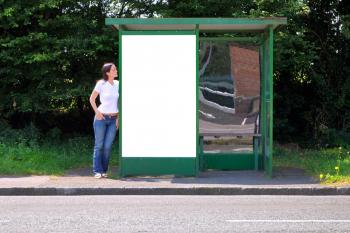 Waiting For the Bus