Standing Tall: Raising Kids With Courage to Have Character

Character is on the Decline in Today's World. How Can We Teach the Rising Generation to Stand Up For What They Believe?

My husband and I had the privilege of serving in the US Army for a joint 14 years. During that time, we knew many people of good character. Men and women who did the right thing, even when people screamed they were wrong and even if it meant great danger. Who knelt to pray without shame. Who would gladly lay down their lives for a stranger. Men and women who we were proud to serve alongside and privileged to know. I sincerely hope my children will have the same character as these men and women.

Courage is needed, even if no one is looking

Good character comes with sincere courage and the strength to stand amid the tide of opposition and do what is right. Thomas S. Monson, a teacher and religious leader, explains to us, "We live in a world where moral values have, in great measure, been tossed aside. Where sin is flagrantly on display. In order to make correct decisions courage is needed... the courage to do the right thing because it's right... will we have [this] courage?"

Our children face great challenges today. As parents we cultivate character in our children without even knowing it. Good character requires knowledge and a belief of values. In their book, "Teaching your Children Values," authors and parenting experts, Linda and Richard Eyre, give us this advice, "One of the greatest gifts you can give your children is a strong sense of personal values. Helping your children develop values... is as important a part of their education as teaching them to read or how to cross the street safely. The values you teach your children are their best protection from the influences of peer pressure and the temptations of consumer culture."

Teaching your child the importance of being the same person at school as they are at home can seem daunting. Help your child understand courage is not loud. It is as simple as leaving a friend's house when he feels uncomfortable with the situation. Monson gave us this advice: "If you ever find yourself where you shouldn't ought to be, get out." What parent wouldn't love to hang this off the end of her child's baseball cap so he can read it all the time.

I have a child that is very shy. If he needs to speak to a stranger he will quietly say, "I can't, I'm not courage enough." I assure him being shy is OK and has nothing to do with being courageous. I hope the love he feels from me will further his courage to do the right thing. Teaching courage and character is worth the work.

Courage comes in many forms

Teaching our children, by example, to do the right thing when faced with the loss of popularity or friends can seem impossible. My son, Mark, taught me this in the second grade.

He was just 8 years old when his principal called me into the school office. The principal explained that something had happened on the playground and the boys had conflicting stories. Because of the situation we would need to take our boys to the police station for statements. As a mother, I was terrified, and I wanted to know the truth. But something inside of me, I can only describe as a prompting from God, told me to wait silently until he spoke. We drove in silence to the station down the street, my heart aching for him.

I watched as each boy told their story, individually, their parents prompting them to elaborate. Each story became more wild and outrageous. When it was my son's turn he stood up, he had always been a truthful boy, and very timid. My heart broke for him as all his friends prompted him to confirm their stories.

He looked at the police chief and said, "That is not what happened, here is the real story." I knew what he said was the truth, and the police agreed with his story. Though he faced ridicule from the other boys, he had done the right thing. I gave him a hug and told him how proud I was of his good character.

Monson explains, "Not all acts of courage bring [...] spectacular or immediate results. And yet, all of them do bring peace of mind and a knowledge that right and truth have been defended. It is impossible to stand upright when one plants his roots in the shifting sands of popular opinion and approval."

Persistence is a must when teaching children this important lesson

Small lessons in character throughout the day will yield greater results. Encouraging them when they show courage is as important as helping them understand their guilt when they make the wrong choice. Show them, through example, the courage to fix their mistakes.

Monson gives parents everywhere great advice. Think about the example you are to your children. He asks,

"Are you the same person wherever you are? And whatever you are doing? [...] The person you know you should be? [...] We will all face fear, experience ridicule, and meet opposition. Let us, all of us, have the courage to defy the consensus. The courage to stand for principle. Courage, not compromise, brings the smile of God's approval."

Are you that courageous? Do you have the courage to teach your children character? Imagine the results if all our children were to stand in the face of opposition, no matter the cost. Imagine if they stand for what is right, shoulder to shoulder. What a change the world would experience. Let's be that change. Here are some ways to build character in your sons. 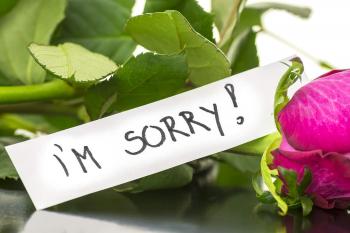 5 Clever Ways to Apologize to Your Spouse