The Hidden Load: How Women Are Bearing the Burden For Unpaid Work

Unpaid Labor Women Provide Adds Up to Over 10.8 Trillion Dollars Per Year.

Many American men believe household duties, including childcare, are divided equally in their home, but the truth couldn't be further. A recent American Family Survey found women become depleted for bearing the burden of unpaid work along with being a working parent.

If women in the U.S. earned the bare minimum wage for the unpaid labor they do, including household chores and caregiving for family members, they would make 1.5 trillion dollars annually, and no, that's not a typo. On a global scale, that number soars to over 10.8 trillion dollars in economic value.

Many believe the inequality between genders with household duties is purely a personal issue. But the facts show it's a global issue as well as an economic one. Men become wealthy while women bear the burden of unpaid work. Overwhelming and unpaid domestic labor means there will always be a labor supply shortage due to women not entering the workforce. Over three million women have left the workforce in the past year, which negatively impacts the economy.

In a period that is seen as being more progressive, why are women being subjected back to outdated social and cultural "gender norms." What if, for one day, women in America staged a protest and refused to perform household duties or any unpaid labor. In 1975 that's what women in Iceland did to prove that maintaining a household is a joint effort and should not just rely on the women. Men were scrambling to fill in with taking the kids to school, cleaning the house and other measures because it caused an uproar across the nation. Maybe even a global uprising would cause genders to become more united on an equal division of unpaid labor once they are educated and realize it isn't a personal issue. The saying "it takes a village to raise children" is quite literal as the responsibilities are too much for one person to handle.

Iceland's example gives the world a glimpse of how women provide a massive unacknowledged contribution to the day-to-day functions of the economy. There are an estimated 35 million working mothers in the workforce in the U.S., and nearly nine million of them are burnt out. Which could easily get attributed to maintaining households and quickly becoming exhausted trying to keep up with a career.

What would the economy look like if women left the workforce? Complete and utter chaos, here's a breakdown of what could happen if the world were to experience a day without women.

Schools would have to close due to the already shortage of educators, leaving parents scrambling for daycare. Businesses would lose a lot of revenue along with a decline in domestic products. Local and federal courts could become a standstill with the loss of judges, clerks, and administrators. Restaurants would shutter without servers and other staff members. Law enforcement would take a massive blow, putting communities at risk. Need to cash a check or take out a loan? Your bank might be closed because women make up 85 percent of bank tellers. Need to catch the subway or a bus to work? Breaking news could turn into yesterday's breaking news because you got it, 58 percent of the media, including editors, journalists, reporters, etc., are women. Try walking or carpooling because there would be 44 percent fewer transportation workers. The industry most impacted, though, would be caregiving. Women account for 94 percent of care providers, which includes daycare, 90 percent of nurses, and 88 percent of home health providers.

The world would erupt in utter chaos if women took an entire day off, yet their subsidies continue to get overlooked. The American Family Survey found that while men believed they shared even loads in the home, women respondents said their counterparts only contributed to a quarter of the work. When it came to caregiving, naturally, women again shouldered 70 percent of the responsibilities. The truth is women are still fighting inequalities, especially in their own homes.

So how can you promote gender equality in your home and daily life, so women do not carry the burden alone?

Start with dividing the household responsibilities equally. Women should not be spending on average two-five more hours than their partner doing chores daily. Women miss out on many opportunities like pursuing school, careers, or even a nap because the list of duties is never-ending. When the woman in your household vents about her day or needs emotional support, be there. Listen and reflect so you can eliminate whatever previous prejudice you may have had. This will also make you and your spouse closer.

Involve your children in household chores, including care work. Teach your sons they can help to cook and teach your daughters to help mow the lawn because chores have no gender. Getting an early start teaching your children gender equality will help pave the wave to a healthy and better future.

Another issue should get addressed when it comes to women bearing the burden of most housework. Women are putting their health at risk by overworking their bodies. A study from Australia suggested not working any more than 39 hours per week, including daily chores at home. When you overwork your physical and mental state, you leave less time to eat, decreasing nutrition levels and creating less time overall for your mental state.

Researchers have directly linked heart problems in women to being overworked in the field and at home. Women are more likely to die from a heart attack than men because they do more housework. For a long time, researchers could not link heart problems to domestic work because of differences within biologies and lifestyles. Not only do women suffer from increased symptoms and have longer recoveries, but ultimately they meet their demise to the disease.

So next time you see your spouse running around like a track star whose feet are on fire, stop her, offer your help because she desperately needs a break. Maybe even take her out either on a date with just the two of you or load up the family to celebrate all the sacrifices she makes for your family. She needs to know her work does not go unnoticed or unappreciated. 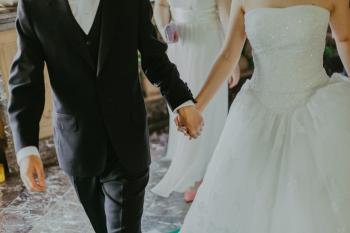 Is Marriage a Dying Tradition?