It's official: net neutrality is dead. These rules enacted by the Obama administration required internet service providers to offer equal access to all web content and websites. Here's what the Federal Communications Commission repeal means:

So why are people against net neutrality? Some say that the internet shouldn't be regulated and net neutrality prevents innovation.

Here's a great illustration of what the repeal looks like (in a Burger King commercial of all things).

Something to chew on when your 4-year-old keeps trying to stream "Llama Llama"...

Check out this 13-minute documentary about five people who quit the internet for a week.

No Internet Week / via Vimeo

Is this something you'd like to try? See if you and your family can go a week without using the net.

2. The Stress Your Teen Deals with Today Could Affect Their Future Personality

Research shows that certain stresses are more likely to negatively affect a teen's long-term personality than others.

Stresses caused by factors outside of their control (i.e. parents' divorce or a car accident) increase neuroticism into adulthood. However, stress caused by their own decisions (like being suspended from school) have even more negative effects on their long-term personality. In general, those long-term effects were decreased conscientiousness and agreeableness.

Something to chew when your tween starts showing some 'tude...

What do you do with your 37 minutes a day? #Minutes #Family #Time #Love #Famifi

Last week IHOP announced that it's changing its name to IHOb - which was hard to handle. And after much speculation about what the "b" might represent (Breakfast? Bacon? Bath bombs?? So many bossibilities!), the former pancake house revealed Monday that it will hereby be known as the International House of Burgers. Excuse us a while as we take a moment to digest this news.

News your family can chew.
nextarticle 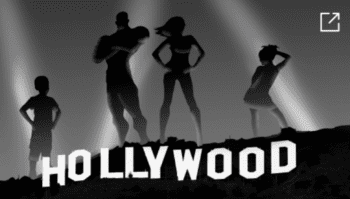