10 Movies to Watch This Independence Day

Get in the patriotic spirit this summer with these classic films

It is time to kick back with these patriotic family-friendly films to celebrate the 4th of July. Whether you decide to turn your yard into a theater with the now popular inflatable movie screens or watch a flick using classic television, these films are a great way to get in the spirit to celebrate America’s birthday.

Now that Hamilton is on Disney+ it’s a good time to finally watch this ground-breaking musical in the comfort of your own home.  Lin Manuel Miranda is a musical genius for gifting the world with this hilarious play’s take on Alexander Hamilton’s life that no book could ever do justice for.

Do you feel the need for speed? This cult classic will give you all the nostalgic feels' as it continues to stand the test of time over 30 years later. If you’re new to this film enjoy as Tom Cruise takes on the role of playing Pete “Maverick” Mitchell, a fighter pilot trying to make a name for himself. His father was a military veteran who was a pilot in the Vietnam War.

If you are starting with any Captain America film, I suggest the first Captain America: The First Avenger.  Try finding a movie with a more patriotic title. This film is set in the 1940s in New York where we are first introduced to Steve Rogers, played by Chris Evans. Rogers is so determined to fight for his country but continues to get turned down due to his small size. Then the U.S. decides to utilize him for a secret mission and behold Captain America is born.

Another cult classic on the list, Independence Day is an emotional roller coaster as mankind is on the verge of losing its freedom from an alien attack and only one man can stop it. Will Smith brings action and comedy to this film that is sure to get you in the holiday spirit.

If you have never watched this movie all I can say is “You’re killing me smalls”. A 90s favorite that is a coming-of-age drama perfect for the whole family. Watch as Scotty Smalls (Tom Guiry) moves to a new town and winds up in the biggest pickle ever with his new friends as they are obsessed with America’s favorite past-time, baseball. The movie has one of the best 4th of July scenes that will leave you feeling proud and a bit nostalgic.

Runnnnnnnnn to watch this timeless classic as our beloved Tom Hanks takes on the role as Forrest Gump. Forrest is constantly finding himself in astounding situations from meeting Elvis to witnessing Watergate as he takes us on a journey through American history. End the end Forrest reminds us all to fight for what we love.

A League of Their Own

Another great film that takes us back to America’s favorite past-time as this 1992 comedy-drama delivers a lesson in feminism. This movie tells the story of the All-American Girl Baseball League that is created after World War II shut down Major League Baseball. The chemistry that Tom Hanks and Geena Davis bring in this film will leave you wanting more.

Adapted from the 1974 historical novel, this war film tells the tale of the Battle of Gettysburg during the American Civil War. Make sure you have the time for this one as it runs 4 hours and 14 minutes.

A national treasure himself, Nicolas Cage as Benjamin Gates might be one of the best historical adventure movies of all time. Watch Gates as he continues his life-long treasure hunt looking for lost treasures of the world by using a hidden map on the back of the Declaration of Independence. The movie is filled with tons of fun historical facts that any history buff would love.

We saved the best for last. Mel Gibson as Benjamin Martin is consumed by revenge after his son Bariel, played by Heath Ledger, is killed by a British officer. Benjamin enlists to fight in the War of Independence. Released in 2000 and currently available on Netflix is considered to be the greatest Revolutionary War film ever made. Partly due to the fact that there aren’t a lot of movies available on the topic but do not be surprised if you spot a ton of historical inaccuracies, they weren't shooting for accuracy here.

So while you're out grabbing last-minute goodies for the festivities be sure to add popcorn to the list. You'll need a snack for sure to get you through some of the longer movies and let's be honest, there's really no better match than movies and popcorn. Enjoy your 4th of July celebrations and we hope you include some of these films in your plans to get inspired by some of the nation's most historical moments. 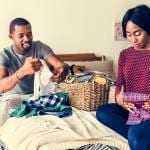 When You Don’t Want to Live Together Before…