7 Habits That Are Wasting Money

These spending habits aren't worth it.

Questioning your spending habits is a fairly common reaction to a monthly credit card bill. It’s usually followed by the realization that some things need to change. Cutting back on spending might involve significant life changes, like moving to a less expensive neighborhood or skipping the annual vacation. Still, it can also call for a reexamination of the more minor things that add up, like the spending we do without much consideration.

From monthly subscriptions that you should’ve canceled a while ago to that impulse to buy products because the deal is good, numerous mindless spending habits waste money. Here are some spending habits that waste money and ideas on ways to break them.

Buying Things Because They’re on Sale

Everyone loves a good sale, but too many of us get caught up in the trap of thinking we should buy something because of a price reduction, not because we need it. This habit can end up costing you a lot of money for clothes and items that you’ll never use. Shopping for bargains on things you need is good, but getting in the habit of making purchases because it’s a deal ends up costing you.

You might download a game app on your phone and get swept into repeatedly buying upgrades and extras. Purchasing those extras is called microtransactions. They generally involve virtual goods or points that can benefit players who don’t necessarily have the time or skill to earn them in the game. There’s been controversy regarding microtransactions among children, but many adults have also faced trouble with overspending on apps. The costs of these small purchases add up quickly. Instead of purchasing the extras in the game, try to keep playing without them or delete the app.

If you weren’t already someone who ordered food delivery to your house using services like DoorDash or Uber Eats, the pandemic probably forced you to make the switch. Due to the convenience, it’s easy to ignore or dismiss the high fees tacked on to your food order. On top of standard delivery fees and tips, service fees and other random charges appear in the total. In addition, restaurants often have to charge higher prices to account for these delivery services’ expenses. Instead of ordering food through delivery apps, it would be best to pick up the food yourself from the restaurant.

Not Keep Track of Subscriptions

Many people are hitting subscription fatigue with the increase in streaming services and the shift to subscription business models versus flat fees for many services. Typically, the problem starts with free trial offers that convince you to try out a new service that you inevitably forget to cancel. With so many transactions coming in and out of your bank account, it can be easy to miss a new monthly charge, especially if it’s not a significant amount. Every month, you should view all of your monthly subscriptions like apps, streaming services, and magazines to make sure you’re not paying for any subscriptions you didn’t purchase and cancel the ones you don’t use.

Grocery Shopping Without a Plan

They say you shouldn’t grocery shop hungry, but you also shouldn’t show up without a list or a sense of what you already have at home. Most people who go to the store to pick up a few things never stick to those few things. They usually walk out with way more than they intended, and it’s probably something they didn’t need at the moment, which all leads to wasting money. In addition to costing extra cash, this practice can also lead to additional food waste. So it’s essential to have some structure, even if it’s just keeping a list on your phone when you remember grocery items you need. Grocery shopping with a purpose will also help you cut back on extra spending on restaurant meals or delivery.

Not Paying Your Bills on Time

By nature, many people are procrastinators, even when it comes to paying bills on time, including credit card bills. People get into the habit of setting the statements aside until the due date draws near and forgetting to pay on time. This habit leads to late fees, interest and potentially damages your credit score. It would be best to get into the habit of paying your bills when you get them or setting a calendar reminder if you need to wait a while. If you use online billing, make sure to check your spam folder periodically.

Letting Your Mood Dictate Your Spending

People do a lot of things mindlessly when they’re dealing with difficult emotions, including spending money. That’s why they call it retail therapy. When we allow our triggers to take control of our actions, we can make financial decisions that feel good at the moment but aren’t worthwhile in the long run. Often, when we’ve had a particularly bad day or great day, we swipe our cards more. It would be best to monitor any moments or triggers that lead to a spending spree. Then, find an alternative way to cope with the emotions that don’t involve shopping.

Many people have mindless spending habits and don’t even know it, or some know it but continue to indulge in them. The thought of spending five dollars here and there doesn’t scare most people. However, they tend to forget that all those five-dollar transactions add up over time. Some people believe that they’ll get paid again soon, so it doesn’t matter how much they spend.

Still, saving money is better than spending more carelessly. These spending habits are things that most of us participate in almost every day. Most people would rather pay for convenience instead of attempting to save their money. Imagine how much money you would save if you chose not to indulge in these habits. Take a month to try and break these habits, and watch how much money you save. After you see how much you’ve saved, you’ll never want to indulge in these habits again. 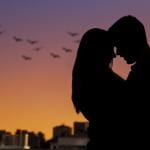