10 things you need to know about birth control

When It's Time to Choose Your Birth Control, There Are Some Things You Should Know About Your Options.

Birth control is a necessary consideration of every intimate relationship, whether it's a decision of what kind to use or whether to use any at all. Most likely, though, at some time in your life you'll choose to use a method of birth control. Here are some tips, suggestions, and warnings to help you decide which option will work for you.

Some methods depend on you to make them effective

In fact, most forms of birth control require a consistent effort on your part to make sure they're effective. Condoms, the pill, and timing sex are only going to work as well as you employ them. For instance, most doctors warn that missing even two days of the birth control pill lessens its effectiveness.

Here are the top 5 tips for talking about sex with your spouse.

There are side effects

Several of the most effective types of birth control involve hormones, which either prevent the release of an egg or prevent fertilization. With any type of hormone therapy, you can expect side effects. WebMD says some common side effects include nausea, weight gain, lighter periods, sore or swollen breasts, and mood changes. Occasionally, these side effects can be so severe that you'll need to change your birth control method.

Birth control ranges everywhere from free (if your cycle is predictable and you time sex well) to a few dollars a month (birth control pills, condoms), to a couple hundred dollars (IUDs, birth control shots). Some insurances will cover the cost of birth control, you just pay a co-pay, so do some research before settling on your birth control method.

When you're sexually active, it's important to have yearly doctor visits to make sure you're remaining healthy. The visits may be required if you get a prescription type of birth control, such as the pill or an IUD. And if you're ever concerned in between visits, it's a good idea to give your doctor a call.

There's a choice between long-term and short-term control methods

Whether you're planning on having kids some years in the future or you think you'd like to start trying in a few months, there are a variety of methods to try. With some, you become fertile the day you stop using it. Others, like the IUD, remain in place for five to seven years and can only be removed by a doctor.

You can get pregnant with an IUD

Though rare (1 in 100), IUD pregnancies are possible and since many women have little or no period when they have an IUD in place, it's important you keep an eye out for pregnancy symptoms as long as you have one in. Unfortunately, since many of the side effects of the IUD mimic early signs of pregnancy, the only way you can be sure is to take periodic pregnancy tests.

According to FamilyPlanning.org, IUDs also have a small chance of perforation of the womb or slipping out of place, so make sure you check regularly to make sure it's still in place (your doctor should tell you how).

You aren't protected against STDs

It's important to remember that while condoms and diaphragms (the girl version of the condom) and spermicide can be helpful in preventing STDs, they aren't fail-proof. The only way to be sure you don't contract STDs is by abstaining from sex or by having a doctor verify you and your partner are STD-free.

Women shouldn't feel pressured to be totally responsible for birth control. There are condoms available for men, and he can be key in helping you make sure you stay up to date on your birth control prescription. Remember, it takes two to tango ...

You might not have a period, but it doesn't mean you're pregnant

Some women who are newly sexually active and recently started on the birth control pill might be worried when they don't get their period every month. While it's good to check with a doctor just in case, having no period can be perfectly normal. Your body may be adjusting to the new levels of hormones in your blood; it doesn't mean you're pregnant.

None are ever 100% effective

The only way you can be absolutely sure sex won't end in pregnancy is through abstinence (abstaining from sex altogether). No other way has been proven 100% effective at preventing unplanned pregnancies.

Here are 10 things nobody told you about being married. 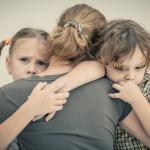 8 Lies That Are Keeping You From Recognizing…