10 ways to guarantee your marriage will end in divorce

No One is Perfect in Marriage, But if These Things Are Left Unchecked, Divorce May Be on the Horizon.

Most people don't get married with the goal in mind to get divorced. Yet, not too long after the honeymoon, you realize that it's hard work to keep a marriage alive.

Both men and women need to understand that joy in marriage doesn't come naturally. Here are 10 things you should avoid doing, unless you want to guarantee your marriage will end in divorce.

In the movie "Dan in Real Life," Dan struggles to cope with the fact that his teenage daughter is dating. While telling his daughter's boyfriend he needs to leave, Dan tells him, "Love is a dangerous feeling." The boy responds, "Love is not a feeling, it's an ability."

Just like athletic or artistic abilities, if we fall out of practice in loving our spouse, we slowly lose what we once had. Instead of assuming it comes naturally, our love must be intentional.

2. Play battle of the sexes

No, not the board game. In marriage, we sometimes like to point out the differences between men and women as if it's a bad thing.

She's too emotional or he's too primitive.

Forcing your husband to be like one of your girlfriends is a sure way to make him resent you. On the other hand, trying to fix all your wife's problems rather than helping her work through her emotions will do the same.

When you are first married, the idea is to lock your heart with your spouse inside. Not only should this remind you to be intentional with your love, but it should also lock everyone else out.

If find yourself flirting or confiding emotionally in another member of the opposite sex, you've opened your heart, which makes it harder to lock it up again. This is where the seeds of adultery are sown.

4. Spend too much or save too much

It's no surprise that studies show that money problems put marriages at risk. When it comes to money, it's essential that both spouses are always on the same financial page.

Surprisingly, it's not just overspending that throws a wrench in the works of a happy marriage. Forcing your spouse to be overly frugal can also cause tension. Couples should communicate about what is important to them financially and be willing to understand differences and make reasonable compromises.

6. Be a Negative Nancy or Ned

You can complain about anything, but that doesn't mean you should. Sure, you're supposed to be able to confide in your spouse, but negative thoughts and emotions weigh much heavier than positive ones, and it won't be too long before your spouse associates you with feelings of anger, annoyance and frustration.

7. Move in with your parents

Studies show that in-law relationships have an important influence on a marriage. Moving in with your parents can highlight that influence for good or for bad. When disagreements arise or your spouse is being critical of a family member, it's difficult to know which side to be on and you may find yourself on the defensive. Do yourself and your marriage a favor and limit in-law face time to less than 24/7, unless you absolutely need to for financial or caregiving reasons.

8. Be right all the time

There's nothing more frustrating than trying to reach an agreement with someone who has already solved the problem and won't budge. Leave such conversations for Internet comment boards.

In marriage, the relationship takes precedence over being right. Admitting you're wrong or working together to come to a solution are marital virtues required in a happy marriage.

9. Mold your spouse into the perfect mate

Marriage is all about being with the perfect mate, right? The only problem is that while a couple may seem to be a perfect match, that doesn't mean they don't do things that drive each other crazy. Your husband may put on a few (or a hundred) pounds, or your wife may leave a mess in the kitchen. The easy response is to try to change your spouse so they fit you better. However, this typically has the opposite effect and drives a wedge between the two of you.

There's nothing wrong with being honest about your feelings. In fact, it's crucial to a healthy marriage. But how you express those feelings has an infinitely more profound impact than the words you say. Sarcasm, contempt, criticism, accusations and defensiveness are all things that should be filtered out as you're communicating with your spouse.

Most couples enter marriage with great expectations. However, it's not uncommon to realize that nothing of high value comes easy. While no one is perfect in marriage and some of these things will certainly rear their ugly heads, a marriage where both spouses are dedicated to making things work can weather just about any storm. 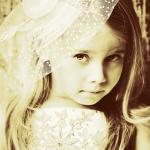