3 Phrases Guaranteed to Chase Away a Husband

Ladies, your man really does hear you loud and clear when you ask him to help out more with the dishes, or cleaning the house, or giving the kids a bath, etc. I promise, they really do hear you. But it's tough for men to do what you ask when you nag them about it by telling them they're doing it wrong.

Just because he doesn't load the dishwasher the same way you do doesn't mean that he's doing it wrong. Sure, it might not fit as much in it the way that he does it, and he might have to wash more by hand, but he'd rather see you appreciate his efforts rather than getting mad at him for doing what you ask. And when given the option between doing nothing and getting yelled at, or doing what you ask and getting yelled at, most people (men included) are going to choose to do nothing and get yelled at - the result is the same, after all. Why would he put more effort into something for which he's going to get yelled at, anyway?

Men don't see why you wouldn't want to have sex. Sex is a way to share a connection with each other in a way that you can't connect with anyone else. Because of that, sex is vitally important to a marriage. Sex is what sets your relationship apart from just being roommates. So when a man hears that you don't want to have sex, it feels like a rejection of him wanting to connect with you. And he often hears your rejection in a way that tells him you don't care about him.

You have the right to turn down sex. There's no doubt about that. But instead of getting angry at him for trying to connect with you, assure him of your love and affection and tell him when you will be in the mood next time. This helps him not to feel rejected emotionally and makes the rejection more about the sex and less about him.

3) "In a few years when you start making more money, we'll finally be able to afford..."

This is one that a lot of men don't complain about outwardly but, inside, it drives them nuts. There's still a common belief that men should be the breadwinners or at least make the bulk of the income. And a lot of men ascribe to this belief, as well. So when their wife complains about wanting more, men take this personally. This often causes them to believe they're not being a good enough provider for their family. And it really gets them down.

The men who do not ascribe to this antiquated belief that men should be the sole breadwinners get mad because women are just as capable of bringing home additional income as men. They wonder why it's only up to them, as men, to make more money. It makes them feel like you're a gold digger.

Instead of making comments about your husband's future income, make comments about the lifestyle you both want and how to get there. Don't talk about specific numbers. Talk about lifestyle and conveniences you'd like, instead. Here are some other things you should never say to your husband.

Communication is key in any marriage. These three tips will help you communicate better with your husband and make sure you're not unintentionally offending him or creating arguments. Remember, men and women are different (and not just in the obvious anatomical ways) so make sure you're being respectful of his unique thoughts and feelings. 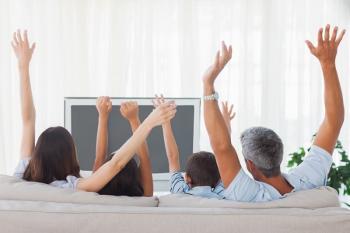 How to Prevent the Bad Effects of Television